I want to share with you some of the pictures of two small islands in size but hughe ones in beauty: 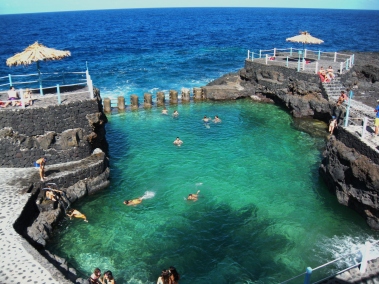 El Charco Azul, norht east coast, with a bar in front to eat great tapas for a great price, the owner is a local fisherman.

La Palma is fulled of natural pools made from gaps between the rocks, swimming there is thousand times much better than swimming in the beach.

El Roque de Los Muchachos, the highest point in the island, 2.700 mtrs. The biggest telescope in the world is placed up there and you can visit it. 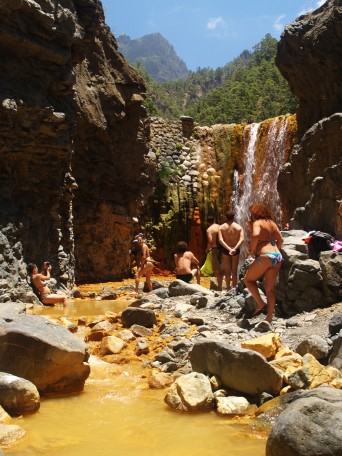 Have you ever imagine that a waterfall could have so many colours???? Being there under the water falling was amazing¡¡¡

If you ever have thought of going to the world’s quietest place, you should come to El Hierro 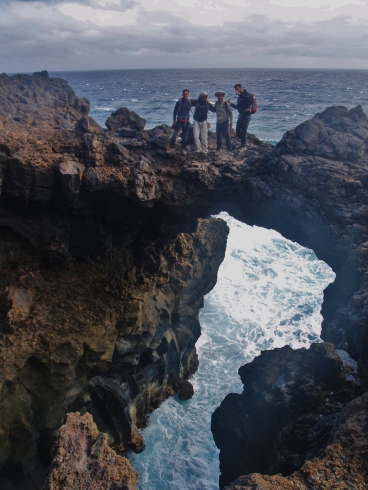 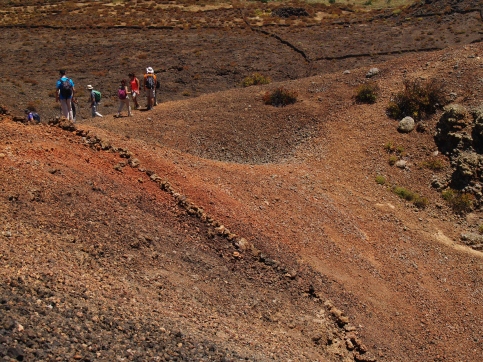 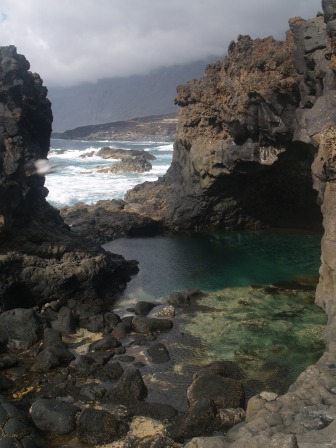 el Charco Azul, natural pools in the west coast of the island